Burson Conductor: Ambush of The Wallet

Hold on tight cause this will be about an amazing peace of audio gear.

Well, a few months ago, I was very happy with my combo ( Burson HA-160DS and LCD2). I thought this will be it for a loong time… Who was I kidding??

One day Sandu (Darku) contacts me very happy saying that he has received the new Burson Conductor to write a review for soundnews.ro . He already had the Burson Soloist for a review and considered it to be an excellent product, and he expected a lot from the new all in one product from Burson .

It took a while to hear from him again…he disappeared for a while…and i thought it to become suspicious. One day he contacts me again and invites me to his place to hear the new product. I asked him to tell me his impressions first. He said that I will hear it myself and it wouldn’t be productive to tell me anything before. 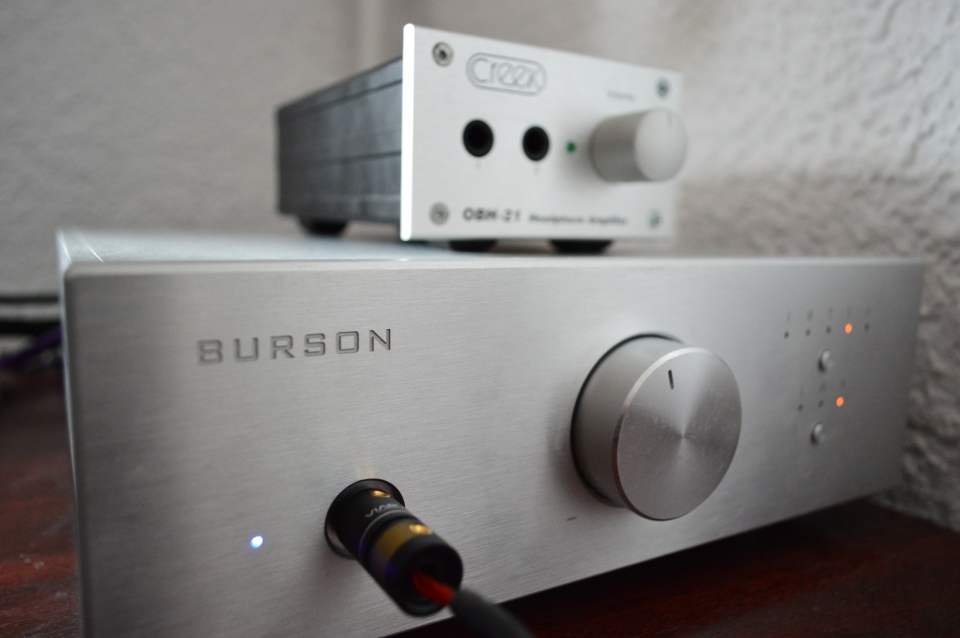 Something was fishy in Denmark…actually in Bucharest… 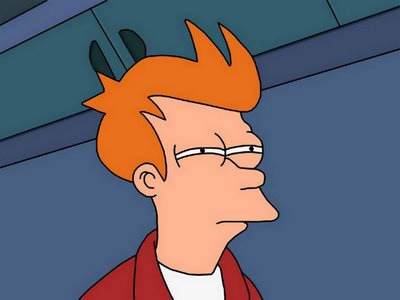 I then suspected an ambush with my wallet as the target. This could not happen. I just bought a 1000 Eur (1337 USD) headphones. Yeah….1337 USD. That’s right!! In Europe, all products from USA are more expensive. Usually the price goes from x $ to x EUR . My wallet was recuperating from the last hit he took.

So I went there armed with a lot of skepticism and no wish to buy anything whatsoever!!!

In my head…: “In fact…how good could it be? From a step forward all in audio is overpriced and does not justify the costs! I bet it’s just a small small small difference!”

Well, these thoughts were rushing through my head while driving to Sandu.

I got there and after we talked a little he showed me the Conductor . It was looking great. Even greater than my Ha-160DS and the HA-160D. The built quality and looks were better! I then observed a thing that I love. It had gain settings (low,medium, high). At last!!! I really missed that on HA-160DS. I think it was one of the reasons it did not go well with my former Grado RS2i.

I sat down, put the LCD2 on and started listening: 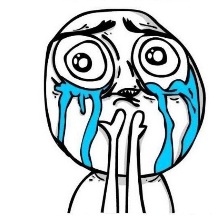 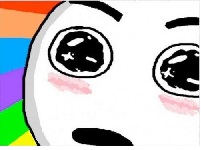 I got through all the five stages of grief
1. Denial –  > This can’t be…It is just psycho-acoustics…must listen more…
2. Anger . -> NOO…NOT AGAIN. The Money from my wallet SHALL NOT PASS 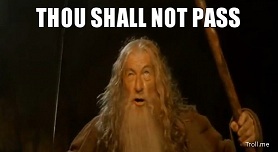 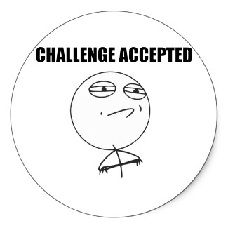 The difference between my HA-160DS and the Conductor were that amazing.  It was like the first time I heard the lcd2 (at full potential).

I then talked to Sandu and he had the same impressions as I did, being happy that I confirmed his findings.

He wanted to buy one too….we were both..like:

When I got off from Sandu, I needed to talk with someone about the amazing experience, so i called my other  audiophile friend, Traian (citraian), who also bought a new LCD2 a few weeks after he has listened to mine.

I told him about my experience and the fact that it was like it was the first time i have truly heard the lcd2. I forgot that he also recently bought a new Asus Xonar Essence One and he was happy with it. He was  like:

“F**K you man! I just bought my new stuff…leave me alone!” I heard his wallet scream through the phone.

In the meantime I got lucky and found a good friend that wanted the HA-160DS and a friend that was coming back from USA. It was the perfect match. So in 2 weeks I got my new Conductor.

I learned that this piece of gear needs a lot of break in! At first it was bright …even with the lcd2. After 100h it finally broke in to the sound I was waiting for.

A lot of people make the mistake of judging audio gear before the proper burnin. For example, Conductor gets to shine over 90 hours of burn in. A friend of mine bought a Conductor off ebay that only had ~50 hours on it.  After a while he recognized that the sound really improved. The guy that sold the Burson Conductor, didn’t actually hear it at full value. If you read the manual, Burson actually says this.

Now for the sound impressions compared to the HA-160DS.

The sound-stage was a lot wider, the details were amazing (I found a lot of sounds I did not hear before in my favorite songs), the instrument separation …incredible …. I could concentrate on each instrument so easy…

The bass and lower mid-range were incredible! The extension of the bass is amazing. It goes so deep…so fast…so controlled. I am sure you can get more impact with other amplifiers, but the quality…oh the quality…

The sound is so transparent…It is like a window through the music. You no longer listen to music….you get into the music…you play a part into it.

I was listening to Carlos Heredia – Gypsy Flamenco (3000kbps and 96000HZ) one night at a late hour. The details are incredible. I just love the mids and the impact every guitar stroke has. The vocals are amazing…The sound-stage sounds so natural. Well…because it was late and I was insisting on listening…i fell asleep during one of the songs from that album. I dreamed I  was in a gypsy camp sleeping near a tent on a blanket while some happy gypsy group was playing guitar and singing near a camp fire…It felt so real… 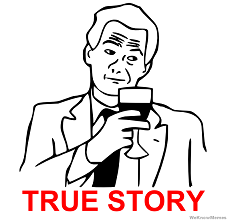 The Song de la Frontera – Cal album made me love the combo even more. The mid-range and details are incredible.  Also the sound-stage is very natural and doesn’t cage you.

Infected Mushroom – Vicious Delicious-Becoming Insane -> well the title is not far from the truth. The bass is amazing. It is very punchy, fast, and controlled.

Jean Michel Jarre – Teo & Tea -> Partners in Crime 1 -> The instrument separation is amazing. The sound is  multi-layered and is very airy.

I love Leonard Cohen. He has an unique voice and his lyrics show that he was a poet before being a singer.

Leonard Cohen – The Traitor & Be for Real & Teacher  -> The instruments tickled my ears. I get goose bumps from those songs. The sound is flowing so nicely..so musically..so liquid…in a natural harmony. His voice sounds amazing on lcd2 and conductor. I could feel it in all my body.

Loreena McKennit – The gates of Istanbul -> The sound stage on this one is incredible. The voice is very natural and very musical. The sound flows liquid with all the details in it.

Gorillaz – Double Bass->  I was mesmerized from the bass on this one. The extension is just incredible. The control and tightness are like an iron grip not letting any mistake through…

Any soundtrack LOTR and The Hobbit  sounds incredible.

I would stay here all night telling you about other songs, as I have rediscovered all my favorite tracks with Conductor and LCD2, but I would start to repeat myself if I already didn’t.

One more thing. While listening to some classical music, I heard a car passing by the building, a subtle but strong motor (a diesel I think). In one other day during the same song I hear the same car… The third time…I realized it was in the song. I heard a car passing near the concert hall the play was recorded. With Conductor, It was the first time I heard it. I gave the song to Sandu, which confirmed my findings…it was in the song.

The Conductor is a jewel in my opinion.

I also listened to a HD800  on it, but not for long. My short impressions was that it was a much better match with the Conductor that with the HA-160DS or the 160D. It rounded the highs, it gave it musicality, increased the bass on it, very very nice soundstage ( a lot wider than on DS). I even liked listening to some ACDC on it….first time to like a rock song on HD800.

To sum up, it the Conductor offers extraordinary performance. The sinergy is excellent with lcd2 and many others from what I have seen

It has a very liquid and musical sound presentation. It is very very detailed but in the same time it keeps the musicality and keeps out from the bright zone, this being a hard to achieve balance.

The separation of instruments is great and you can easily concentrate on each of the instruments you like .

The bass and lower mid-range is magical. It concentrates on quality not impact, but it does not lack impact. It controls the bass with an iron hand (as Sandu said in his review) and the extension of the bass is very good .

This product was a perfect all in one for me. The amplifier is very good and the DAC is in the same league. I do not agree with headfonias’ review on Conductor where it says it is somehow lacking. The Conductor stands out of the crowd as a dac too.

I have listened to it neck to neck to a 8k $(dac /amp) and the differences were minor, and in some aspects even preferred the Conductor :D, but more about this in another post.

However, I did found Conductor a flaw: It has a buggy USB connection.

On rare occasions the conductor freezes and I have to restart it (power it down, get the usb cable out, put it back in after a few seconds and then power it on again). Sometimes it also gets some clicks/noise on the channel, but very rare and only happened when I used conductor as a default playback devince in windows and also listened to asio in foobar.

12 thoughts on “Burson Conductor: Ambush of The Wallet”