Wrath of the Titans: Audeze LCD2 vs LCD3 & Burson Conductor vs M2Tech Vaughan

Sometimes I think I need to go to a upgradatis detox clinic.  I am very happy with what I have, but somehow I am curios to hear other headphones, to experience different sound presentation, to find better quality, etc.

I was already thinking of another headphone as a future goal. I took hifiman he6 off the list, as I don’t want to get an amplifier just for them. Some say that Conductor or Soloist drive them well. I don’t know how that is possible, but maybe as Nelson Pass said : “ The first watt is the most important watt.“  I heard that his 25W amplifiers beat 150W amplifiers, as power isn’t the only important thing. Well maybe this is the case here, but there will always be the crowd saying that they can do  better, and I will surely end up spending more money for the amp :)) .

I already heard the HD800 and did not find it to suit my personal tastes.

As I love my LCD2,  naturaly LCD3 popped into my mind. But 2k$? Well I was very curios of the differences between the LCD2 & 3.

Luckily, my friend Sandu, gave me the opportunity to listen to LCD3 .

The surprise was that he also had a M2Tech Vaughan  at his home for testing and reviewing.

I always wanted to listen to a system like this, as I never had the chance. 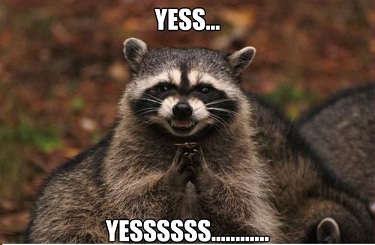 It was more of curiosity. The only thing I was “scared” of liking so much as I would buy it, was the LCD3. Vaughan is too damn expensive, and I don’t think I would ever spend that much on audio, unless I will become a millionaire >:) :

Well … I started to listen to both LCD2 and LCD3 on Conductor and Vaughan.

I liked the LCD3. I think it is technically a better can than LCD2. It has clearly a wider soundstage. It also has more details,  better instrument separation and better defined treble. I found the LCD3 to be a little brighter than LCD2, maybe because of the more present treble. Don’t get me wrong, I didn’t find it to be bright at all. Its sound is more refined than LCD2s.
However, the differences were clear enough but not that big, and it didn’t justify the 1k$ difference in my opinion. (In a few weeks the upgradatis symptoms kicked in again, and I listened to it again…and again I decided it is far to expensive for the differences. Ah,I forgot to say that  in Romania it costs 2530$ ).

I also observed that LCD2 has some strong points that I love . It has a more punchier bass (even it is not as extended as lcd3, but again the differences are small here too), a more present lower midrange and it has a more intimate sound which I prefer. I found lcd2s soundstage to be what I need as it seems to be more natural.  I also find the LCD2 to be more engaging

“Sandu…where is your table…?”, as the Vaughan was as big as his coffee table :)) . It was huuuge!

Aside from that it looked very nice. I think it is that big because it runs on battery, so you can get clean power.

I tested it just as a DAC with Conductor as amp and also  with his integrated amplifier.

Well, what can I say, it sounded very nice. The sound was very clean indeed. It was a little more detailed than the Conductor. I think it sounded a little more natural than Conductor, but sincerely I found the differences to be little. I even liked the lower end better on conductor (even when I tested the Vaughan with Conductor as amp).

Every upgrade I have done was made because it was much better than what I previous had.

I for one, wouldn’t spend 8k on Vaughan as Conductor gets very close to it with a 4 times smaller price.

Please do not crucify me for what I said here in this post, as these are my sincere impressions(reached in limited time),  nothing more.

My listening session wasn’t so long, just a little over 2 hours, so I might have lost some aspects.

One thing I like about Vaughan is that it runs on battery and you get rid of any worries about power cables, power conditioning, avrs, etc…but at what price? 🙂

So, I don’t think I am willing to spend another 1k for lcd3 for now. I actually thought that a complementary closed headphone would be better.  I heard the Audio Tehnica W1000x and did not like it, also heard the W5000 but i don’t think they are worth the price.  I wouldn’t pay another 2k for it, so fostex th900 is out….

I am really starting to think about a Denon D7000, but who knows when my upgradatis kicks in and what I will buy next… 😀

After more time with lcd3 and more burn in I changed my opinion on the matter.

← InToxicated Mind: Headphones, USB & Power Cables and Conditioning
From Hobby to Obsession and Back to Hobby →

One thought on “Wrath of the Titans: Audeze LCD2 vs LCD3 & Burson Conductor vs M2Tech Vaughan”