The time has finally come. It has been nearly 3  months since I ordered the Toxic Silver Widow .  The wait was not short, I can tell you that, but it was worth it and I knew it would take this long from the beginning, so it isn’t such a big deal.

The Silver Widow is a stranded OCC Silver Type 2 Litz cable. It also has a higher percentage of gold than the Silver Poison , which has 1% gold.

The cable has 80 strands per wire and 320 strands overall.

As I said in one of my previous posts, I did a lot of research before choosing this cable, and I trust my decision making system as it gave good results in the past.

However, I did not audition/test it before buying it, so it still felt like a big jump:

I was still afraid of the usual issues with the silver cable : less bass and bright sound.

From what I read, this cable was created with the purpose of removing the usual problems with silver cables, and I trusted my instinct on this subject.

Fortunately my instinct struck gold again , figuratively and literal speaking, as the Silver Widow has gold inside :)) .

When I received the cable, the first thing I observed was it’s beautiful build quality. This cable really looks like jewelry.

I, myself, don’t like any jewelry for men and I only wear a wedding ring and a watch, but I must say this cable does look good on me :)).

After a while I started looking at it like this (my preciouusss…) :

From the first moment I plugged it in I heard the differences compared to the stock cable.

I was expecting improvements but not like this, and it took me by surprise :

I started comparing the Silver Widow with the stock cable on a few songs:

Pink Floyd – The Dark Side of the Moon – Time

The ringing and the bells from the beginning were very good for the test. The difference was immediate and very easy to hear. The treble was much more defined with the Silver Widow. It was not bright but it gave the necessary sparkle I wanted. On the stock cable all the instruments were blending in, while on the Silver Widow the separation was much better and apparent. Also, the scene is quite larger with the Silver Widow and the sound is more articulated and more detailed.

Yeah…you guessed it, this song has a lot of bass…A LOT. A lot of people say silver cables have less bass than the copper ones. It was time to test this.

The differences were again very easy to spot. The sound was significantly more congested and a lot less detailed on the stock cable. With the Silver Widow it was like talking a veil off. Everything opened up, the details were amazing, and I mean jaw dropping. The bass was much more punchier, faster and more controlled. The bass on the stock cable had a little more body, more woomf, but I liked Silver Widows interpretation much more overall.

This interpretation was absolutely amazing with the Silver Widow. The scene was much larger with it, the details incredible. The separation of instruments made the sound a lot more clear and easier to enjoy. While listening to the song I was looking at the Silver Widow and thinking… “My precious….”

I just love Leonard Cohen. We used one of his songs at my wedding opening. Also went to his concert in Bucharest last summer. His voice is unique and has a remarkable presence, that lets you with the impression he is a serious, moderate and reserved man, so it was a shock and very funny when he left the scene jumping and running like a little boy :)).

His voice had a lot more texture with the Toxic Silver Widow, giving me goosebumps. Also the instruments were more detailed and the overall sound had a larger soundstage and was more articulate.

Again the differences were major. The guitars and all the instruments were much more present and enjoyable with the Toxic Silver Widow. The separation of instruments is again much better and apparent, the bass was punchier and more apparent throughout the song. Michael’s voice had more presence and felt   more alive with the Silver Widow.

When the song stopped my head hurt because of the serious “headbanging” i did while listening to it with Silver Widow.  The overall sound was faster, more articulate, the bass was tighter and punchier, the treble had more presence and gave the necessary sparkle to the piano in the song.

I have waited over 2 months for the Silver Widow, but it was worth it.  It truly takes my Audeze LCD2 to another level. The differences from the stock cable are major and quite easy to hear:

So, does it make a big difference over the stock cable?

Of course it does, and a quite a big one.

Does it take away from the bass because it is a silver cable?

It actually makes it punchier, tighter and faster. However, the stock cable has a little more body, a liiittle more woomf, but overall I like  the bass a lot better with the Silver Widow.

Does it make the sound bright?

No, it actually doesn’t. It keeps the smoothness of LCD2, but it does have more details and the sparkle you would want in the treble.

Does it affect the soundstage?

Yes, it actually does. The soundstage is quite better with the Silver Widow. It is like talking a veil off your head.

I must say I am more than pleased with this cable, and I don’t regret spending as much on it or waiting over two months to get it.

These are some pictures with the Toxic Silver Widow: 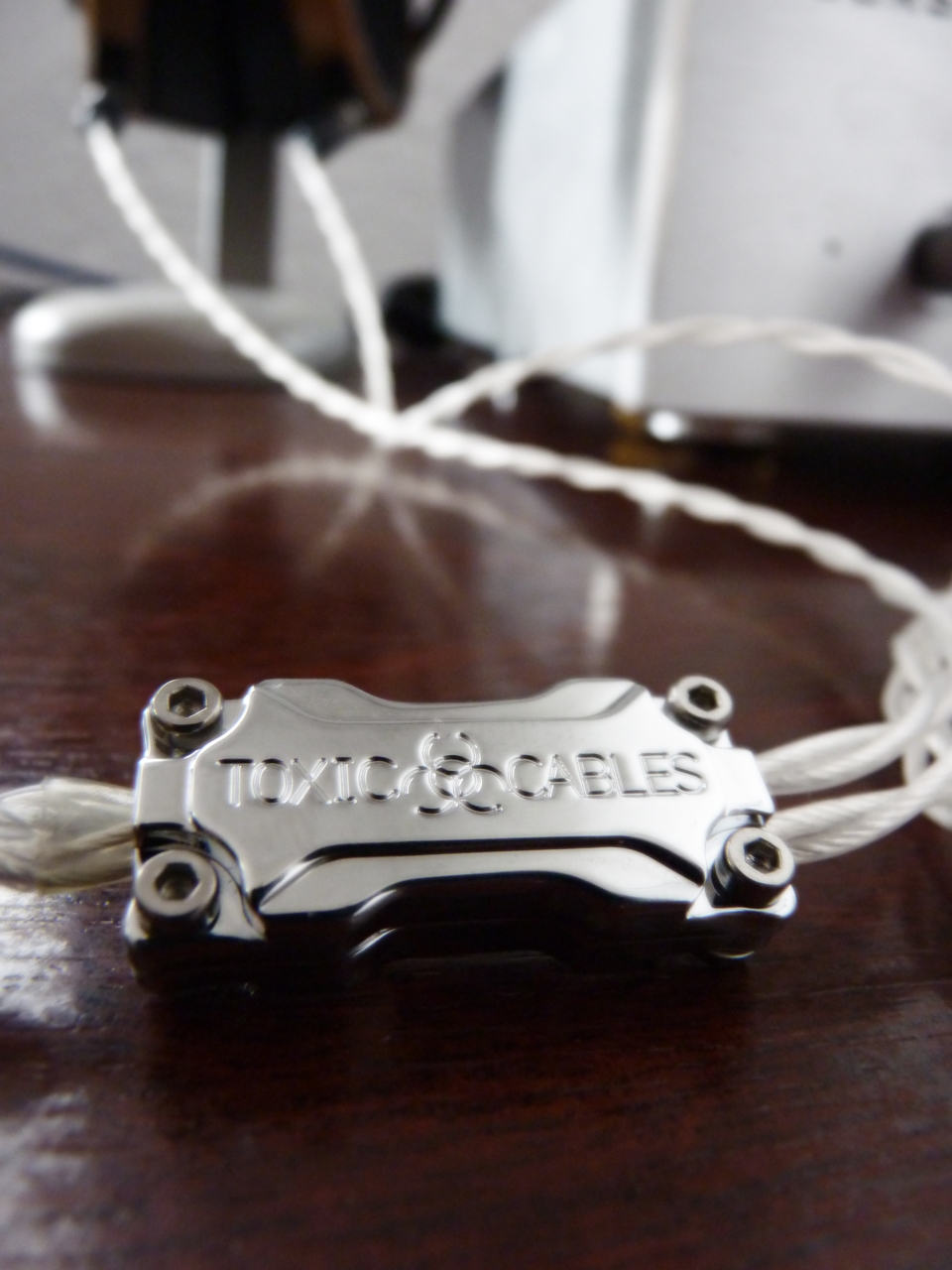