This is not a review. I just want to tell you the story of a very dear memory of mine. Bare with me, as it has a connection to sound, even if it may not be obvious at the beginning.

One of my best friends that also happens to be one of my favorite people in the world was trying to get me to go to Athos with him since 2 years ago. Luckily, last autumn I took up on his offer and we embarked on the road trip to Athos Mountain with 2 other friends.

Don’t know if I told you yet, but I love Greece. It has superb sea and beaches, very good food but also lovely and friendly people. I’ve been going to Greece  yearly since 8 years ago.

Athos is actually a part of the Halkidiki region, a very popular and excellent vacation spot. The year before I was looking at Athos from the Sarti’s main beach and the view was awesome, as you can see a > 2000 meters tall mountain rising directly from the sea.

I am going to insert of paragraph from Wikipedia to help you get a better perspective on Athos if you don’t already know:

Mount Athos (/ˈæθɒs/; Greek: Άθως [ˈaθos]) is a mountain and peninsula in northeastern Greece and an important center of Eastern Orthodox monasticism. It is governed as an autonomous polity within the Greek Republic under the official name Autonomous Monastic State of the Holy Mountain (Greek: Αὐτόνομη Μοναστικὴ Πολιτεία Ἁγίου Ὄρους). Mount Athos is home to 20 monasteries under the direct jurisdiction of the Ecumenical Patriarch of Constantinople.

Mount Athos is commonly referred to in Greek as the “Holy Mountain” (Greek: Ἅγιον Ὄρος, Agion Oros [ˈaʝ(i)o(n) ˈoros]) and the entity as the “Athonite State” (Greek: Αθωνική Πολιτεία, Athoniki Politia). Other languages of orthodox tradition also use names translating to “Holy Mountain” (e.g. Bulgarian and Serbian Света гора, Russian Святая Гора, Georgian მთაწმინდა). In the classical era, while the mountain was called Athos, the peninsula was known as Acté or Akté (Ἀκτή).

Mount Athos has been inhabited since ancient times and is known for its nearly 1,800-year continuous Christian presence and its long historical monastic traditions, which date back to at least 800 A.D. and the Byzantine era. Today, over 2,000 monks from Greece and many other countries, including Eastern Orthodox countries such as Romania, Moldova, Georgia, Bulgaria, Serbia and Russia, live an ascetic life in Athos, isolated from the rest of the world. The Athonite monasteries feature a rich collection of well-preserved artifacts, rare books, ancient documents, and artworks of immense historical value, and Mount Athos has been listed as a World Heritage Site since 1988.

I am not a very religious person, and I embarked on this trip mostly for a cultural experience, also having a little dose of skepticism  related to the religious aspect.

Before going forward, I must tell you that it turned out to be an unexpected surprise and an unforgettable experience.

In order to get on the island you must embark on a boat that stops at more known Monasteries. The view of the monasteries from the boat is something to behold.

Our designated Monastery was Vatopedi:

The Holy and Great Monastery of Vatopedi  on Mount Athos, Greece, was built during the second half of the 10th century by three monks, Athanasius, Nicholas, and Antonius, from Adrianople, who were disciples of Athanasius the Athonite.

We staid for 2 nights during which I tried to live the full monastery experience, going to most church ceremonies, even at 4:00 AM. I have also spoken to a few monks/priests. I was stunned by their clarity of thought, culture & internal piece. Father Theologos was just a delight to talk to. We have discussed about a variety of subjects ranging from religion to science, programming & IT in general, philosophy, photography, music etc. I could have spent days and still it wouldn’t have been enough for me.

We also reached the subject of sound and I think he liked what I said about music in general: “Vibration and frequencies are common building blocks in life and sound/music.”

So you see, this article does have a connection to sound/music. And this is just how the story begins, as observing my passion about this subject,  Fr. Theologos introduced me to Father Eustathios whom is responsible with the Monastery’s sound studio.

Imagine my surprise. I was like a little kid going into that sound studio, as I never expected this to happen on this trip. What I learned there is that they put a lot of effort in recording the ceremonies to share the experience to the world and Fr. Eustathios seemed to know quite a lot about professional audio, considerably more so than me as I have never used pro audio equipment for serious reasons. Even if they don’t have a great budget for this purpose they managed to do a good job. They even had some very nice Beyerdynamic DT770 Pro headphones for studio use along side mixers, monitors, etc.

You can find a few pictures and ceremony recordings right here:

Actually, Fr. Eustathios and Fr. Theologos wrote an email/letter to me which gave me a better perspective on their work. I am going to share a few paragraphs from the letter itself:

For many centuries, the Monastery of Vatopaidi on Mount Athos has worked hard at cultivating the traditional and true spiritual teaching of the great fathers of the Church. As an ascetic fortress, it assists both monks and pilgrims who are searching to find God, holding fast to this unique spiritual way of life so as to pass it on to future generations. An important part of keeping this monastic tradition untouched and unspoiled, is the collecting and maintaining of spiritual and cultural treasures that previous generations toiled a great amount to pass down to us, as ready and prepared nourishment for one’s soul.

Specifically, with regards to the use of technology in this endeavor, the monastery of Vatopaidi has always been at the forefront of new developments, always proceeding with great discernment and care while at the same time having the foresight to understand what future generations might need and ask for in time. To name an example, Vatopaidi Monastery was the second site in all of Greece to have an electrical generator. In recent years the monastery has successfully digitalized a large amount of the priceless manuscripts that exist in the monastery library, and an archive of thousands of photographs at the highest quality available.

The monastery has in its possession an enormous audio archive with a vast subject matter; from vinyl records with chanting dating back to the start of the 20th Century, cassettes with chanting from vigils dating back to the 1950’s and 60’s, cassettes with thousands of homilies of many great spiritual elders from all of Mount Athos, recent digital recordings made with state of the art microphones and mixing-desk systems, and much more. The archive is of course unique to Vatopaidi Monastery and most of its content does not exist anywhere else in the world.

The digitization of this audio archive is most certainly a necessary spiritual duty that the monks tirelessly take on board, so that the spiritual teaching and experience that has existed for many centuries here, as well as the musical chanting tradition, are all documented and passed down to future generations.

So, as you can see, they don’t take this subject lightly and the recordings / sound is important and included in their plan to improve.

Due to the progress that modern audio technology has undergone, the monks of Vatopaidi Monastery understand that certain upgrades are necessary to meet up with the standards that are available today in regards to audio digitization and editing. The absence of certain audio hardware makes it difficult for the monks to complete some of their tasks, resulting in part of the archive remaining in its original state without having been digitized or edited and prepared for cataloging. The spiritual importance of the archive is most certainly worth every effort to keep and save this priceless tradition.

I am trying to help them achieve their goals and this is another reason I am writing this article.

Together we can help the Monastery of Vatopaidi in completing and maintaining this spiritual treasure.

A seemingly small donation on your part of some audio hardware will become for the monks today a great assistance in their task of digitizing and cataloging their audio archive, and tomorrow a wealth of spiritual knowledge and tradition for many thirsty souls. Your donation will benefit all the monks of the monastery that use this archive daily, as well as for every thirsty soul that finds spiritual anchor at the Monastery of Vatopaidi, for many generations to come.

Some of their needs is contained in this document, Vatopedi Studio Needs.

Please contact me if you want to help. You can do that on HeadMania’s contact page, Facebook page, or directly on my email. I can also route you directly to the Monastery.

And going forward with the description of my Athos experience, I must say that it was something that I won’t forget. In those 2 nights I spent in Vatopedi Monastery I have recharged my energy and left the Athos Mountain with a clarity of mind and peacefulness that I have never felt before. Unfortunately, I didn’t manage to keep this state of mind for more than a week.

I for one will surely go back. I still have much to learn in order to keep that state of mind. 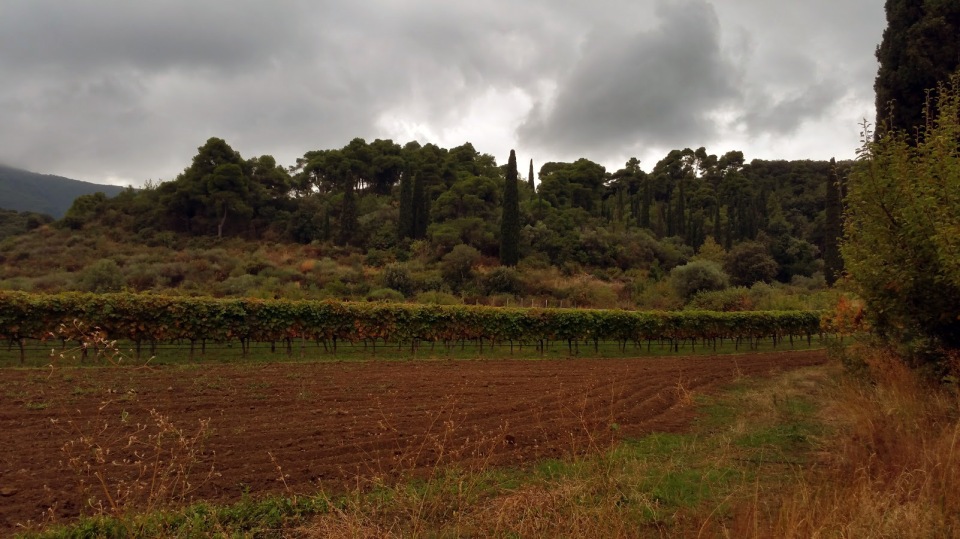